The Merida Initiative Continues despite Trump

Translated by Otis B Fly-Wheel for Borderland Beat from a Milenio article
Reporter: Ruben Mosso
Mexico and US celebrated nine years of signing the agreement known as the Merida Initiative, a period in which the Americans have delivered more than 1,600 million dollars in equipment and training to strengthen the security and justice of our country.The initiative was promoted in December 2008, by the then presidents Felipe Calderon and George W Bush, and has favored the federal forces in the fight against organized crime, which is endowed with cutting-edge technology, aircraft and canines for the detection of drugs, ammunition and weapons. So far, the support is still valid, despite the policy of Donald Trump.

The support includes the state and federal penitentiary system that is certified by the American Correctional Association, the Federal Police, the PGR, the Army, the Navy and the Tax Administration Service, although they are not the only ones that receive assistance from the Merida Initiative.

Also support has gone to the members of the Judiciary and professors of public and private universities with the purpose of consolidating the New Criminal Justice System.

The US Department of Justice has set a goal to train more than one thousand Mexican law teachers and lawyers, with the aim of helping them in the transition to the new justice system.

The Initiative allocated more than 247 million dollars to support Mexico in the transition to the New Criminal Justice System, this includes exchanges between justice attorneys, forensic laboratory advising, training, certifications, accreditation’s, equipment and seminars for students and professors of law careers.

Milenio accompanied 20 legal professors, including a Judge and people who worked as secretaries of agreements and agents of the Public Ministry, who were invited to a course of study in the cities of Atlanta, Georgia, and Miami, Florida.

Pedro Lopez Medrano, a professor at the La Salle Saltillo University and Judge of the first instance in Criminal Matters in Coahuila, said he was surprised by the way US Judges operate and the manner in which students are trained in morality, a measure that, is considered as applicable in Mexico.

He assured that in our country there are few who are prepared to appear in court and work orally since there are cases where agents of the Public Ministry and defenders will read hearings, when in the US that is unforgivable.

He indicated that in Mexico there are entities that have an optimum level of implementation in morality, among them, Coahuila, Nuevo Leon and Chihuahua, according to data from the Ministry of the Interior.

In turn, Jose Paulo Bassol Martinez, professor of international law at the Pan-American University campus in Aguascalientes, and who has been a fellow of the US Department of State, said it is vital to change our way of thinking, because not everything is solved by invoking an article of the law, when disputes can be arranged by negotiation with the defence or prosecution.

We have had to adapt to constitutional reform ( in criminal matters ) of 2008, all the states of the Mexican Republic in 2016 had to have implemented it, and we have been adapting to different levels. There are some states, undoubtedly, more backward than others in the new implementation, some that have an advantage, I speak about Aguascalientes, and the academic sector is not the exception in both the undergraduate and postgraduate areas, we had to do the adaption he pointed out. 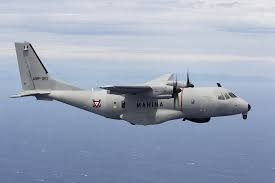 In addition, marines and federal police also have the UH-60M Blackhawk helicopters that have been used in the fight against organized crime. Likewise, a telecommunications system was installed among then border cities of both nations valued at 13 million dollars. The purpose of the system is to exchange information about criminal investigations. 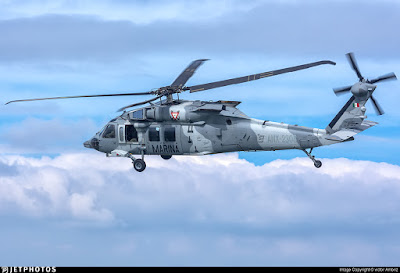 In addition, 17 million dollars were invested to establish ten secondary inspection points in international points of entry for those people who require additional research.

The Merida Initiative has allocated $24 million in training and equipment for criminal background checking, internal affairs and police transcript research programs, to name a few. 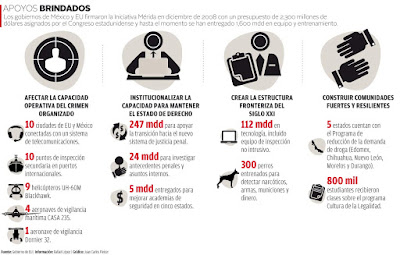